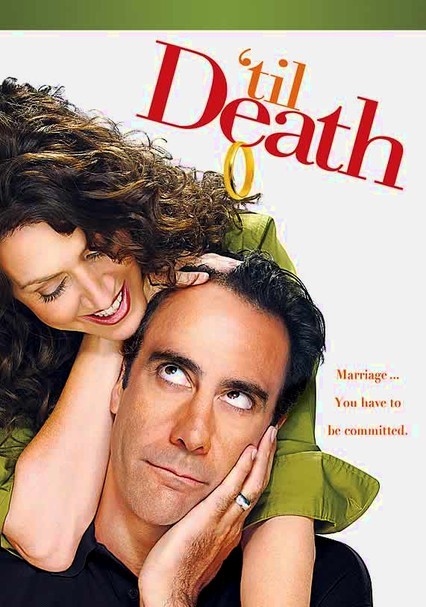 2006 TV-PG 2 seasons
When newlyweds Jeff and Steph Woodcock move next door to Eddie and Joy Stark, who've been hitched more than 20 years, cynical Eddie thinks it's his duty to open the eyes of his new friends to the realities of wedded bliss.

Newlyweds Jeff and Steph Woodcock move next door to Eddie and Joy Stark, who've been hitched for more than 20 years. Cynical Eddie thinks it's his duty to open the eyes of his new friend to the realities of wedded bliss.

Parents need to know that this sitcom puts a humorous spin on the daily struggles of married couples. It presents various attitudes about marriage, including a fair amount of cynicism from main character (and veteran husband) Eddie Stark, who frequently bickers with his wife. But the show also sends positive messages about the strength of marriage and demonstrates that even though married people have problems, they can stick together and make it work. Parents also need to know that the show includes references to sexual behavior and some dubious vocabulary that's not appropriate for younger viewers.

Some sexual innuendo, as well as specific references to lovemaking and genitalia.

Relatively mild: phrases like "douche bag" and "bitch slap." Lots of jokes made by both adults and kids in reference to the last name "Woodcock."

Highlights the strength of marriage despite its trials and tribulations. Some fighting among spouses, including yelling and insults, but these arguments demonstrate that married couples can have arguments, be angry at each other, and still love each other enough to stay married. Some pettiness/rivalry between the two central couples.

References to other television shows, including Ellen.