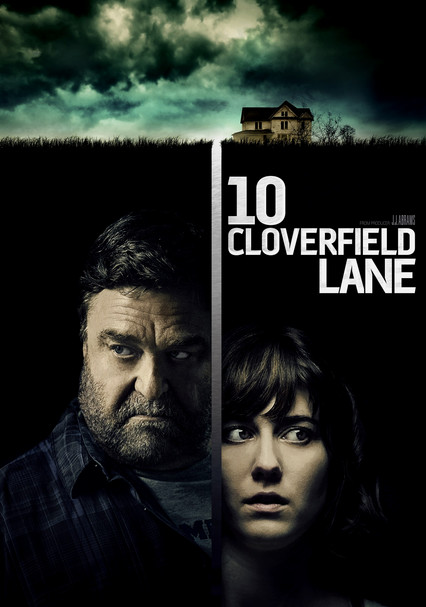 2016 PG-13 1h 45m Blu-ray / DVD
After being knocked out in an auto accident, a young woman awakens in a cellar with a stranger, who tells her that he's saved her from a chemical attack that has devastated the outside world. Unsure what to believe, she decides that she must escape.

Parents need to know that 10 Cloverfield Lane is loosely connected to 2008's Cloverfield, but it has different characters, a different setting, and a different approach: Rather than a monster movie, this is a sci-fi thriller in which the threat is kept a mystery until the climax. There's sci-fi/fantasy violence, as well as explosions, deaths, guns and shooting, knives, bottle-smashing, some blood/bloody wounds,and some other startling images (dead, rotting pigs; a woman with a gory face; a loud car crash, etc.). Language is brief but does include one use of "f--k" and one use of "s--t." Sex isn't an issue, though the female lead is shown in her underwear in one sequence. Characters drink homemade vodka in one scene, mostly for medicinal purposes (and a laugh). Some teens will be disappointed by the dissimilarity between this and the original, but many will be interested in seeing it.

Brings up issues of what it means to help someone (and whether help is actually wanted), as well as issues of trust (when and whether to believe someone).

iPhone is seen and used several times. Several board games are mentioned by name or shown (Operation, Trouble, Chutes and Ladders, Monopoly, etc.)