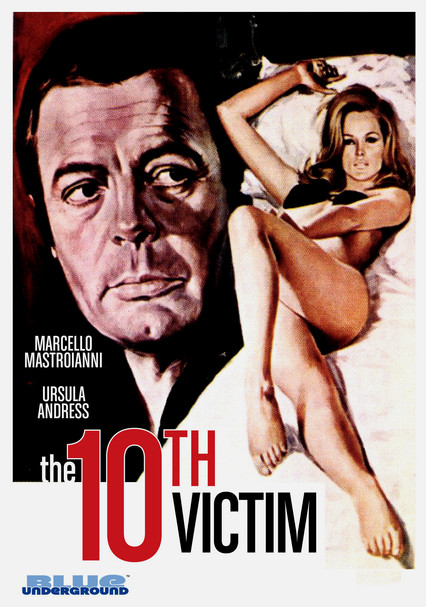 1965 UR 1h 32m DVD
In this 1960s satire directed by Elio Petri, it's survival of the fittest in the 21st century, and population control is performed perfunctorily, through legalized murder in a game called "The Big Hunt." The "game" comes down to two assassins, both of whom are targeting each other: Marcello Mastroianni (who plays a womanizing Italian media darling) and a pistol-wielding, purple-pantsuit-clad Ursula Andress.