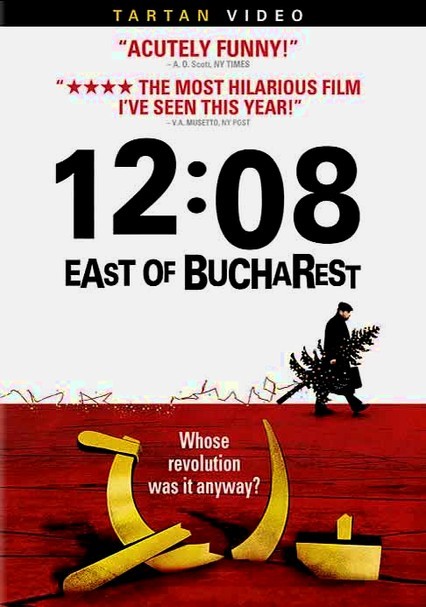 2007 NR 1h 29m DVD
Jderescu (Ion Sapdaru) is a Romanian public affairs television series host eager to produce a panel show about the 1989 overthrow of Nicolae Ceausescu's Communist regime. Intentions of a historically accurate program turn to satirical comedy when Jderescu's only two guests are both less than informative. Worse, the show's call-in viewers have widely dissenting opinions of what actually took place 16 years ago in the streets of Bucharest.