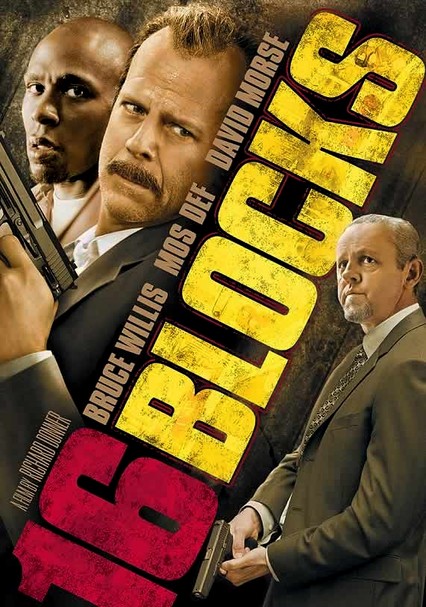 2006 PG-13 1h 42m Blu-ray / DVD
Tasked with escorting a prosecution witness to court, an aging cop gears up for the 16-block trek. But with powerful forces intent on keeping them from reaching their destination, they'll be lucky to make it there alive.

Parents need to know that the film includes scenes of explicit violence, involving shooting, explosions, and fistfights, much of it in slow motion to emphasize blood spurting or faces grimacing and initiated by policemen trying to kill a witness to a corrupt cop's case. The protagonist is a severe alcoholic, so he spends much of the first third of the movie drinking, looking for a drink, or showing signs of needing a drink (shaking and coughing, with sickly pallor). Characters use the f-word a couple of times (one muffled), as well as other curse words (s-word, n-word).

Alcoholic cop drinks repeatedly through the first third of the film; in a bar, anonymous characters have drinks before them; on the sidewalk, background character smokes.