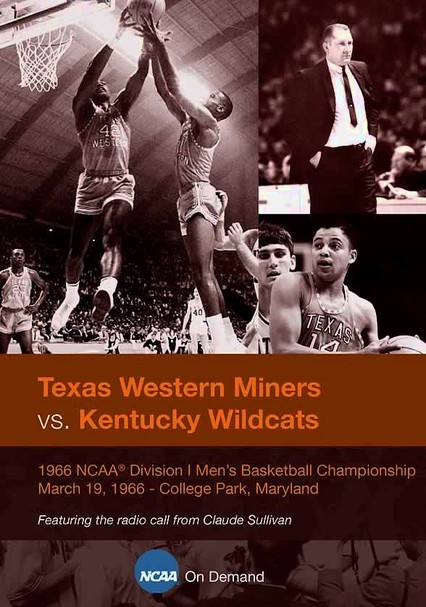 1966 NR 0h 55m DVD
One of the landmark moments in collegiate sports history, this game between Texas Western and Kentucky on March 19, 1966, marked the first time in the NCAA championships that an all-black starting five would take the floor. Led by coach Don Haskins, the Miners defeated the No. 1 ranked Kentucky Wildcats 72-65. Legendary coach Adolph Rupp's star-laden, all-white team featured future Hall of Fame NBA player and coach Pat Riley.