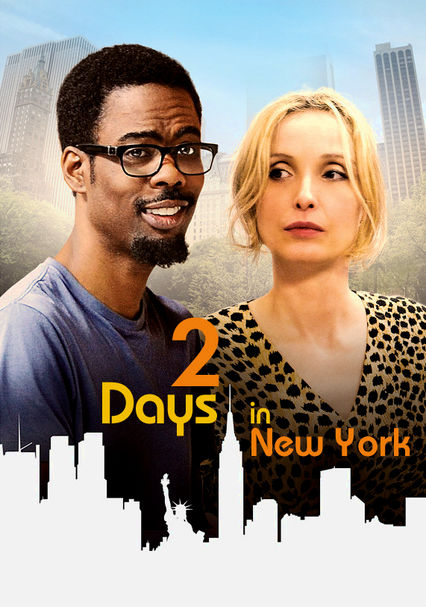 Parents need to know that 2 Days in New York is the follow-up to 2 Days in Paris, both directed by and starring Julie Delpy. It follows the same basic formula as the original, focusing on a couple forced to address issues in their relationship while surrounded by her very French (and very outrageous) family. There are some scenes with bickering and fairly graphic sexual banter (including a running joke that references oral sex), adult characters drink and smoke pot, and there's plenty of swearing ("f--k," "s--t," etc.). The real drama comes from watching Delpy's character and her live-in boyfriend, played by Chris Rock, navigate the rocky shoals of a real relationship, which may not be especially relatable to young people who've had few of their own.

Several graphic discussions about sex, and a few scenes feature a couple who appear to be fooling around under the covers. One woman walks around half-dressed, with brief glimpses of her breast and butt. A married couple flirts and talks about why they can't have sex with an apartment full of guests. A running joke pairs Mingus' name with a term for oral sex.

Some intense bickering and one minor scrap as a woman tries to grab a document from a man and they end up wrestling on the floor.

A real relationship can be real work, but they're usually worth the effort, and negotiating through the conflicts can make a couple stronger ... even if one of them comes with some quirky and unusual family members.

Many stores are visible in the background of scenes shot on location in New York City.

Several scenes show people drinking at dinner and at parties -- and sometimes smoking cigarettes as well. Some characters smoke pot in a few scenes, and a man completes a drug deal in front of a young girl. She later emulates what she witnessed by trying to sell real grass, picked in the park, to a classmate.