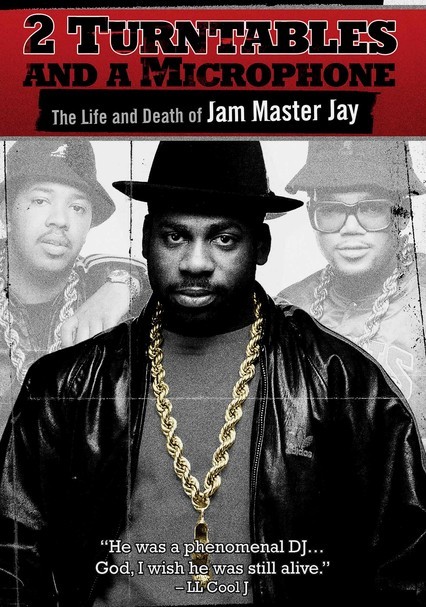 2008 NR 1h 34m DVD
Hip-hop pioneer Jason Mizell -- best known as Jam Master Jay -- entertained a generation of rap fans as the DJ behind Run-D.M.C. But on an October evening in 2002, he was tragically gunned down in his studio under highly mysterious circumstances. This documentary celebrates the life and influence of the great DJ with testimonials from Jay-Z, Russell Simmons and Ice-T, and sheds new light on Jay's unsolved murder.