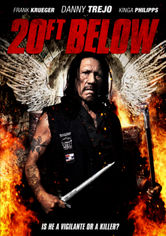 2013 NR 1h 36m DVD
Under the streets of New York is a dark and dangerous world hidden in the shadows of abandoned subway tunnels. When a young documentary filmmaker ventures there, she encounters a mysterious figure who has declared war on the outside world.