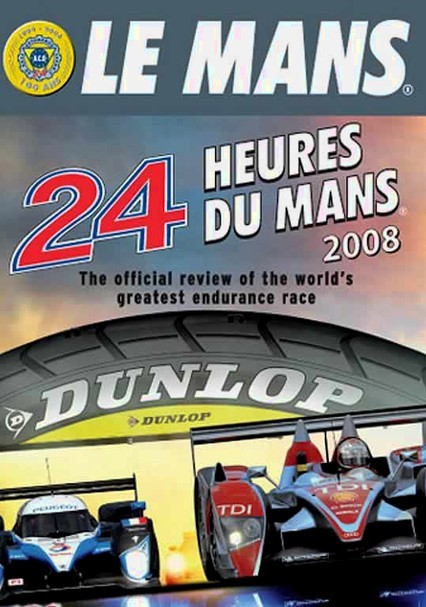 2008 NR 2h 23m DVD
Six diesel-fueled racers from Audi and Peugeot lead the battle for the grand prize in the famed 24 Hours of Le Mans contest in northwest France in 2008. Rinaldo Capello, Allan McNish and Tom Kristensen lead the winning Audi R10 team. In the LM P2 class, the Porsche Spyders from Van Merksteijn Motorsport and Team Essex make a most auspicious debut, while the Aston Martin DBR9 rules the GT1 class and Ferrari takes the GT2.