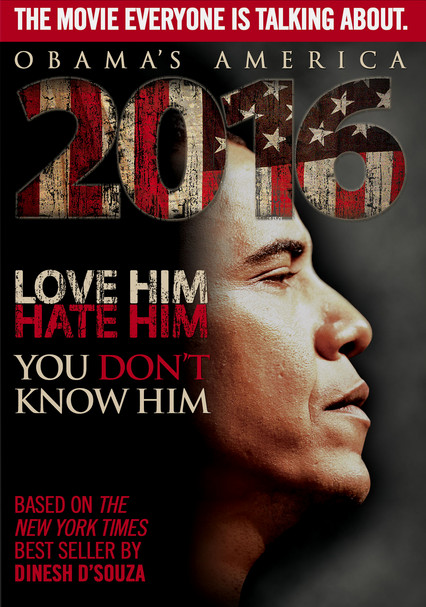 2012 PG 1h 27m DVD
Conservative best-selling author Dinesh D'Souza questions where America will be in 2016 if President Barack Obama were to serve a second term, and hypothesizes about how Obama's past will influence his politics over the next four years.

Parents need to know that the stated purpose of 2016: Obama's America is to help defeat President Obama's re-election efforts. It's a documentary, but -- like many other movies in the same genre in all shades of the political spectrum -- it has a clear political position and creates or finds audio and visual material to back up that premise. In this case, the filmmakers' conclusion is that Obama still struggles for identity in the face of having been abandoned by his father. To that end, the film posits that the president has been planning to use his second term to purposefully destroy the country. Your own political leanings will determine whether you find the movie persuasive or not, but other than a few brief newsreel clips showing war, rioting, and police brutality; some background smoking and social drinking; and a couple of exclamations such as "goddamn," there's nothing scary or provocative in the movie.

Infrequent use of "goddamn."

For those who don't support President Obama, the movie's position on his personal life/background, politics, and agenda may be seen as positive; for those who do support him, the same content will likely be viewed quite negatively. Both groups can look at the movie as an example of how conflicting premises can be supported by interpreting pieces of information in different ways.

Brief glimpses of cigarettes and some adult beverages in background of a few scenes.