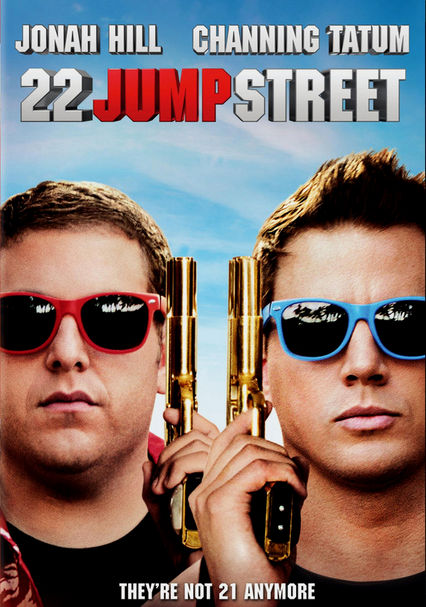 2014 R 1h 52m Blu-ray / DVD
This follow-up to the film 21 Jump Street finds Schmidt and Jenko going undercover as college students to crack a fraternity crime ring. But college changes everyone, and the two find their divergent collegiate interests straining their relationship.

Parents need to know that this sequel to 2012's hit 21 Jump Street is nearly as hilarious -- and easily as crass. Channing Tatum and Jonah Hill return as undercover cops Schmidt and Jenko; their bromance is one of the franchise's main selling points, and they keep it going here. Expect tons of lewd and crude jokes about sex, college, work, and the like (some jokes about a strong friendship between two guys have a homophobic subtext that comes off as overly tasteless/uncomfortable instead of funny). There isn't much nudity, but couples are seen in their underwear, presumably post hook-up; co-eds converge on a spring break beach community in skimpy bathing suits; and one scene shows a man pretending to perform a sex act on another. There's also action movie-style violence, from gun fights and hand-to-hand combat to car chases and explosions, but mostly portrayed in a cartoonish fashion and is played for laughs. Prepare for loads of swearing -- including "s--t," "bitch," and many variations on "f--k" -- and some underage drinking at college parties. As in the first one, the plot has a drug-related focus (the guys are investigating a new recreational drug that killed a college student).

A couple of college kids are shown waking up in bed together, wearing underwear. One scene shows a man pretending to perform a sex act on another. Lots of sexual innuendo/sexual references. One of the main characters sleeps with a supervisor's daughter. A woman alternates between hitting a man and asking him to sleep with her. One scene shows a young boy shooting a gun at sex toys. Women in skimpy swimsuits.

Gun fights and fist fights, plus a car chase and an explosion or two. People get shot and hurt, but there's little blood, and the violence is cartoonish and sometimes played for laughs. A man and a woman get into a tussle, with the woman being the main aggressor. A kidnapping by fraternity brothers. In one scene, a young boy shoots a gun (at inanimate objects).

Very frequent use of a wide range of swear words, including "f--k," "s--t," "a--hole," "bitch," "p---y," and more. A homophobic slur is also used, and there are some jokes with a homoerotic subtext that may strike some viewers as uncomfortable/tasteless.

Amid the over-the-top shenanigans is the message that to be successful, partners must communicate well with each other, be unafraid about being honest, and be willing to compromise. Also, loyalty matters -- and don't do drugs.

As in the first movie, much of the plot revolves around a drug; this time, one known as "WHYPHY" (Ecstasy plus Adderall). A girl dies because of the drug, and there's a scene in which Scmidt and Jenko accidentally take it and get high. They both "trip out"; nobody gets hurt, but they're obviously affected by it. Also several big parties at which college students, some underage, drink lots of beer and other liquor. One fraternity hazing scene is a ritual of increasing inebriation.