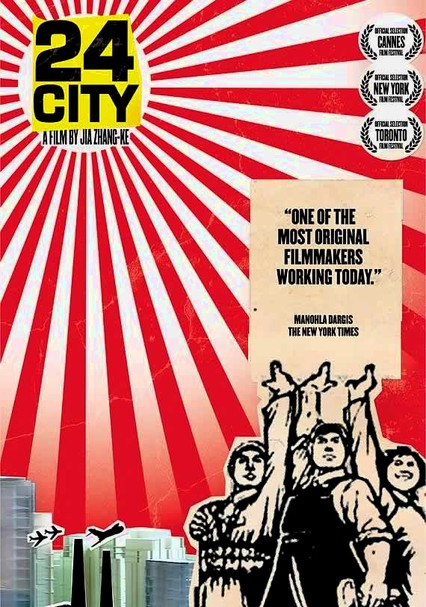 2008 NR 1h 46m DVD
From director Zhang Ke Jia comes this drama about changing times in Chengdu, China, where state-owned factory 420 is closed by the government to make way for a high-end apartment complex called 24 City. The film tells the story through the lens of several distinctive characters, from factory workers to executives to the newly monied, who are all affected in different ways by the newfound dynamism and economic growth of their nation.