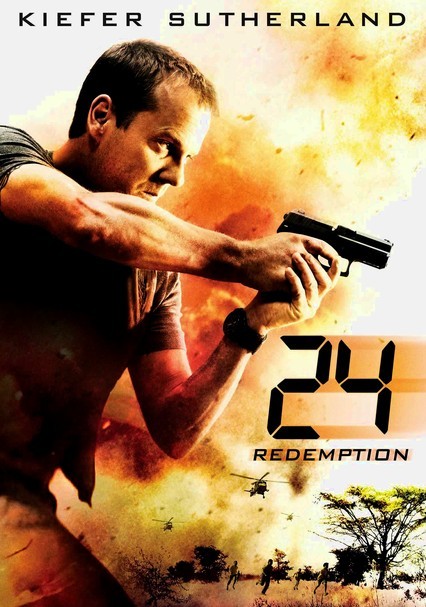 2008 NR 1h 43m DVD
While helping his old friend Carl Benton (Robert Carlyle) build houses for the poor in Africa, Jack Bauer (Kiefer Sutherland, in a Golden Globe-nominated role) gets caught in the middle of a military coup. Back in the United States, Allison Taylor (Cherry Jones) prepares to be sworn in as president. Filmed on location in South Africa, this stand-alone movie serves as a bridge between the sixth and seventh seasons of the popular show "24" and co-stars Gil Bellows and Jon Voight.