30 for 30: Winning Time: Reggie Miller vs. The New York Knicks 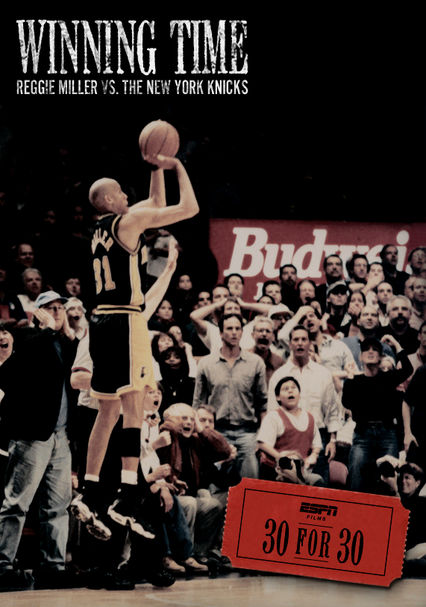 30 for 30: Winning Time: Reggie Miller vs. The New York Knicks

2010 NR 1h 9m DVD
This documentary explores how NBA legend Reggie Miller became an enemy to New York Knicks fans, especially after scoring eight points in 8.9 seconds at the end of the 1995 Eastern Conference Semifinals to claim the victory for his Indiana Pacers.