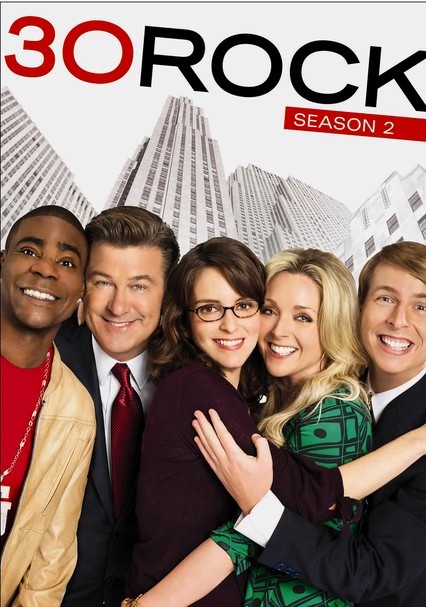 2007 TV-14 2 discs
The second season of this Emmy-winning NBC sitcom -- written by funnywoman Tina Fey of "Saturday Night Live" fame, who also stars -- picks up where the show's tumultuous first season of laughs left off. In the wake of a year that saw Tracy (Tracy Morgan) go into hiding to escape the Black Invaders and a stressed-out Jack (Alec Baldwin) land himself in the hospital, Liz (Fey) and Jack are getting closer than ever. But could they ever be a couple?