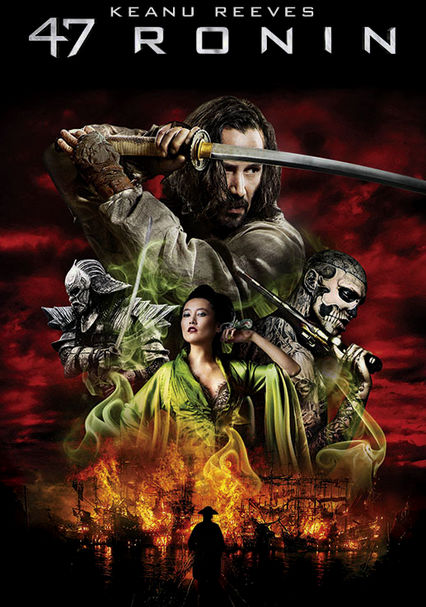 2013 PG-13 1h 59m Blu-ray / DVD
Based on the famous true story, this historical action-adventure follows the honor-bound exploits of 47 samurai warriors who patiently plot to exact revenge on a court official responsible for their master's death.

Parents need to know that 47 Ronin is based on a famous Japanese story about an event that took place in the 18th century and though the violence is largely bloodless, there are swordfights with mixed martial arts and two beheadings. Characters are pierced with arrows and appear to die. Characters commit ritual suicide. We also see some fantasy violence, such as witchcraft and monsters. Sex is not an issue, but the main male and female characters are shown to be in love, though they barely touch. Some concubines, who wear heavy makeup and serve men, are part of the story. A man is put under a spell, and he has some hallucinations. One of the hallucinations is that he imagines his daughter being raped, though she is fully clothed.

Two characters are shown to be in love, but they never kiss or touch, except when the woman gently tends to the man's wound. Concubines with heavy makeup are shown; these are women that serve men but have less status than a wife. No sex is mentioned, but could be vaguely implied.

There's almost no blood in these sword battles; the greatest amount of blood is shown when characters mark their bloody thumbprints next to their names on a scroll. Two characters are beheaded, with no blood shown. Several minor characters are pierced with arrows and appear to die. There are plenty of sword battles, with some mixed martial arts thrown in (kicking, etc.). Characters commit ritual suicide. There's some other fantasy violence by witchcraft as well as monsters. The main character is beaten with clubs, and his cuts and bruises are briefly shown. A man catches on fire. A man is put under a spell, and he has some hallucinations. One of the hallucinations is that he imagines his daughter being raped, though she is fully clothed.

Though the movie claims to be about honor and loyalty, it seems to be more about revenge, and treating others as inferior or undesirable. There might have been some teamwork here if the movie had been better made, but few of these characters are barely even identified. Additionally, some could be offended that this classically Japanese story has been presented in English, with a Western director and a Western star. Its only humorous moments include a stereotypical "jolly fat man" character.

A man is put under a spell, and he has some hallucinations.