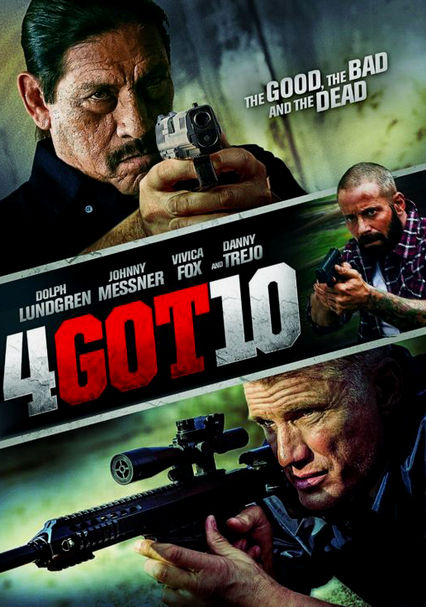 2015 NR 1h 24m DVD
Brian Barnes wakes up in the desert wounded and with no memory and no idea why he's surrounded by eight bodies, a van with four million in cash and a van full of cocaine. Brian is pursued by not only notorious drug lord Danny Perez who desperately want his money back, and DEA Agent Rooker, but also a by the corrupt Sheriff Olson who will stop at nothing to get his hand on the new found fortune.