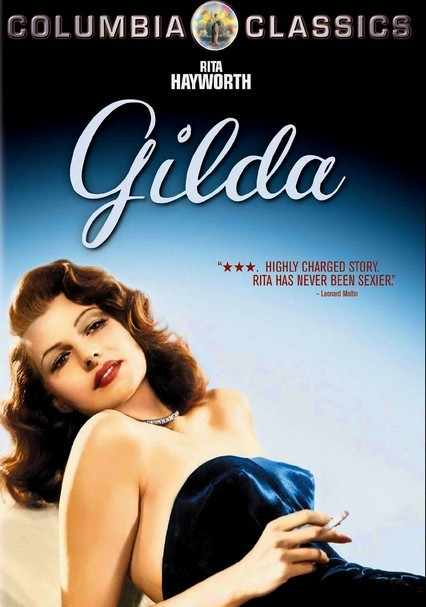 1946 NR 1h 50m Blu-ray / DVD
Curvy bombshell Rita Hayworth "Puts the Blame on Mame" in this South American thriller that became her biggest hit and forever linked the stunning actress to the specter of her most popular character. Hayworth, Glenn Ford and George Macready comprise the three sides of a steamy love triangle that threatens to destroy Macready's thriving casino and wreck all of their lives. Hayworth's sinuous vamp of the aforementioned tune is a classic moment.