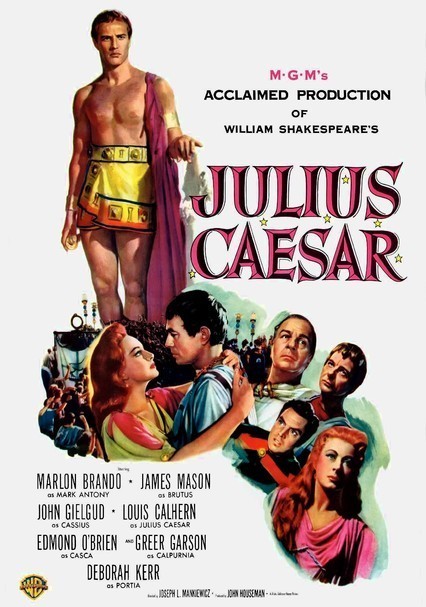 1953 NR 2h 1m DVD
Based on William Shakespeare's classic play, this historical drama won numerous international honors, including Best Actor BAFTAs for Marlon Brando and John Gielgud and a Best Art Direction Oscar. When Brutus (James Mason), Cassius (Gielgud) and a band of rogue Roman officials murder Julius Caesar (Louis Calhern), they're driven out of Rome. But they vow to return and fight Marc Antony (Brando) -- who proves his loyalty to the bitter end.