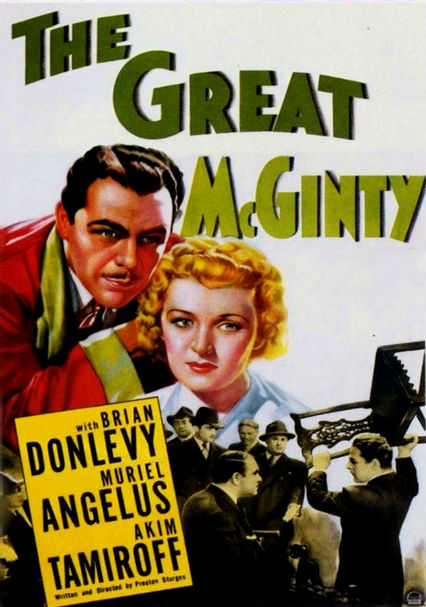 1940 NR 1h 22m DVD
To help their candidates win, corrupt politicians recruit bum Dan McGinty (Brian Donlevy) to vote under assumed names -- and he's so good at it that the Boss (Akim Tamiroff) turns him into a puppet mayor and arranges an expedient marriage for him. But thanks to McGintys new wife (Muriel Angelus), he suddenly finds a conscience in this vintage satire from writer-director Preston Sturges, who earned an Oscar for his original screenplay.