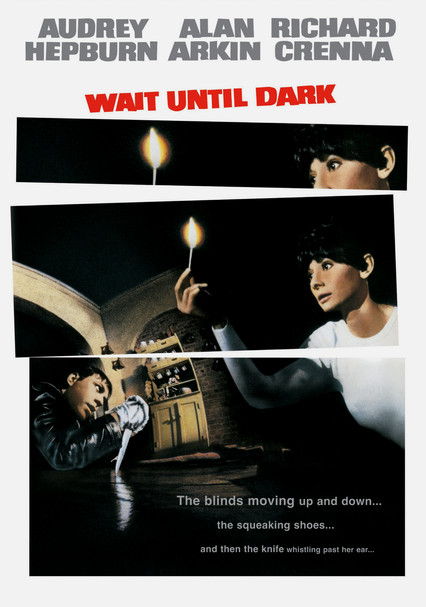 1967 NR 1h 48m DVD
Audrey Hepburn was nominated for an Academy Award for her portrayal of Susy Hendrix, a blind woman terrorized by a criminal (Alan Arkin) who's after a stash of heroin that was planted in her apartment inside a doll without her knowledge. When the stalker isolates Hendrix in her apartment, she must find a way to defeat him in a thrilling, chilling battle of wits, relying on all of her senses -- save her sight -- to stay alive.