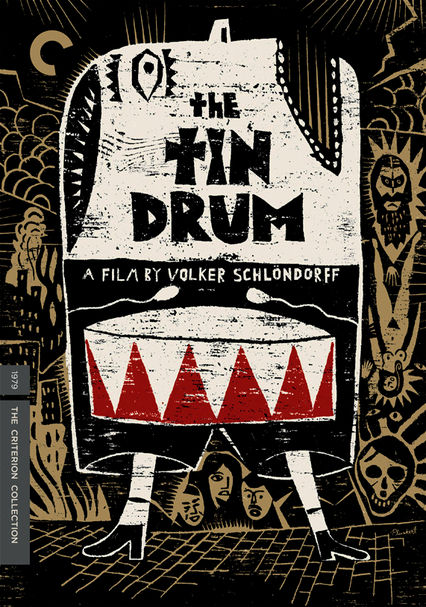 1980 R 2h 43m DVD
Young Oskar Matzerath, who grows up witnessing the rise of Nazism at the eve of World War II, decides at age 3 to stop growing -- effectively shutting out the world and communicating only by banging on his tin drum. Volker Schlondorff's epic unfolds with cinematic artistry, psychological insight, political vision and symbolic richness, as Germany falls prey to Nazism while Oskar's protests go unnoticed. The film won the Oscar for Best Foreign Film.