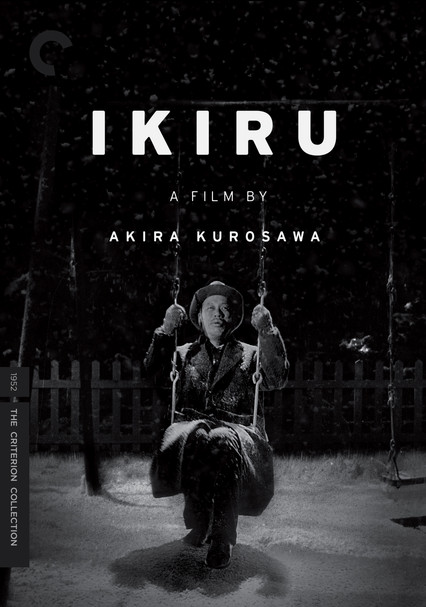 1956 NR 2h 23m Blu-ray / DVD
When a stoic government official (Takashi Shimura) in post-war Japan learns he has terminal cancer, he suddenly realizes he's squandered his life on meaningless red tape and has no close family or friendships to lean on, in this drama from director Akira Kurosawa. Resolving to use his remaining time wisely, he sets out to steer a children's playground project through the bureaucracy he knows so well.