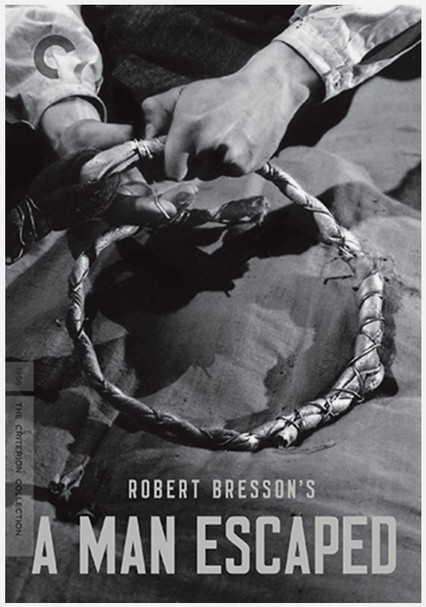 1956 NR 1h 40m DVD
Director Robert Bresson -- via a deceptively successful minimalist approach -- brings high drama to this true tale of a French prisoner (Francois Leterrier) and his single-minded determination to escape from a Nazi prison cell in occupied France during World War II. Using amateur actors and little dialogue or music, Bresson sharply focuses only on the desperate bid for freedom. Bresson was awarded the Best Director award at Cannes for the film.