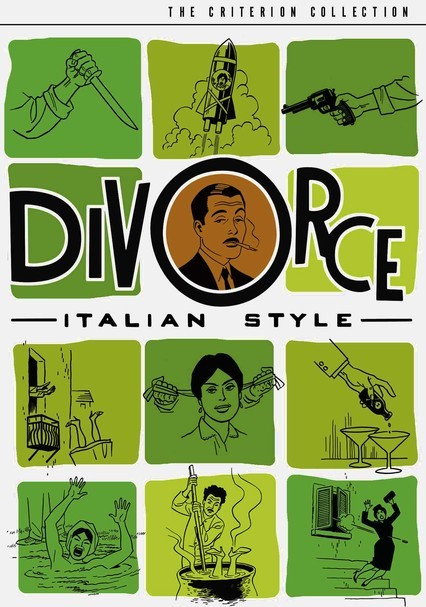 1961 UR 1h 44m DVD
Marcello Mastroianni stars as Ferdinando, a self-centered nobleman who's facing a midlife crisis and has lost all interest in his wife. But there's no divorce in 1960s Italy, so he devises an elaborate scheme for another man to seduce his wife. That would, under Italian law, allow him to kill her with impunity in defense of his honor. Highlights include the fantasy murders Ferdinando imagines as he pursues his goal.