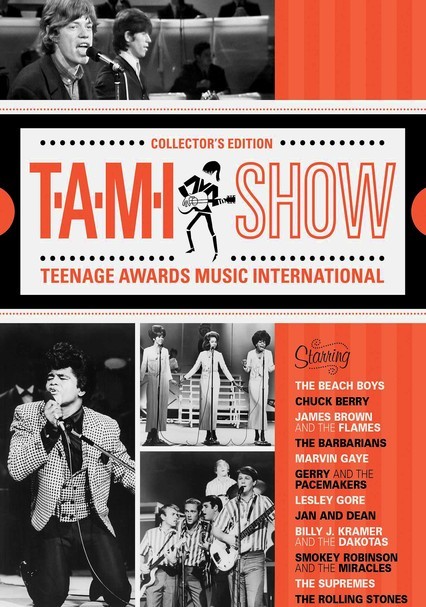 1964 NR 1h 52m DVD
Hailed by critics as one of the most important events in rock 'n' roll history, the T.A.M.I. Show -- featuring rock, soul and blues superstars -- brought an unprecedented array of talent to the Santa Monica Civic Auditorium in 1964. Among the artists performing in this memorable concert film are the Beach Boys, James Brown, the Rolling Stones, Chuck Berry, Lesley Gore, Marvin Gaye and the Supremes.