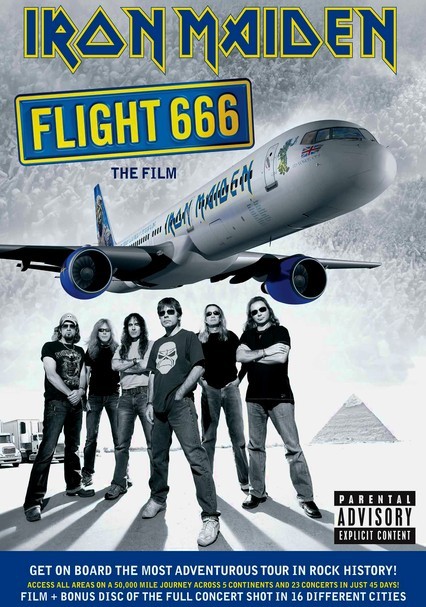 2009 NR 1h 53m Blu-ray / DVD
Travel around the world in 45 days with heavy-metal legends Iron Maiden as they play 23 sold-out stadium shows from Asia to South America, battle the rigorous demands of an ambitious touring schedule, and even pilot their own custom-made airplane. Filmed during the Somewhere Back in Time world tour, this documentary grants viewers unprecedented access to the band members as they entertain nearly half a million fans.