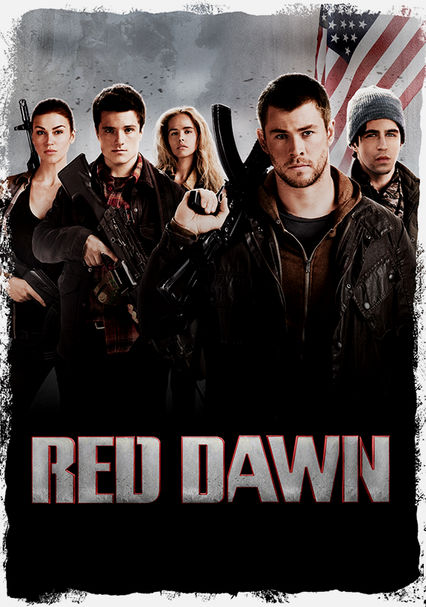 2012 PG-13 1h 33m Blu-ray / DVD
When North Korean military forces invade American soil and try to pacify citizens in one community, a group of teens elude capture and organize a resistance. But their uprising faces an adversary determined to stomp out their grass-roots rebellion.

Parents need to know that Red Dawn is a remake of the 1984 teen-soldier drama. As in the original, there are several battle scenes that feature character deaths (mostly from shooting, but also from explosions and hand-to-hand combat). There's a some strong language ("s--t," "ass," "bitch," and one "f--k") and a couple of passionate kisses, but it's really the body count and some iffy racial issues (all of the minority characters die, and the North Korean enemies were originally Chinese) that are most likely to raise eyebrows. But the movie, especially if seen in conjunction with the original, could still provide some good discussion fodder about the historical threat of Communism versus today's more technological threats. And you can expect teens to be interested, thanks to stars Chris Hemsworth and Josh Hutcherson.

A few kisses between teen and twentysomething couples. One couple flirts pretty heavily through most of the movie.

Several characters die (even main ones, as in the original movie). The body count includes people who are shot and others who are killed in explosions and during hand-to-hand combat. A firing squad kills a father and a bunch of people who are considered a threat to the North Korean government. Lots of explosions/crashes -- cars flip, there are lots of flames/fires, and combatants engage in gun battles. But none of it is very bloody (except when a wound is being sewn up). Some jarring camerawork makes the action feel even more frenzied.

Messages about teamwork, sticking together, kid empowerment, and standing up for what you believe in, as well as promoting self defense and acting by any means necessary to wreak havoc on the enemy. Jed, a Marine, compares the Wolverines to the insurgents in the Middle East who fought against the American army, providing the case for fighting occupying forces. The movie proves that even one flea can drive a dog crazy (i.e. a small rebel group can make a difference in a David-vs-Goliath fight).

Subway has a prominent placement, and cars driven in the movie include Ford, Dodge RAM, Chevy, and GM. Other brands include Rolling Rock beer, Pepsi, and Hammermill paper.