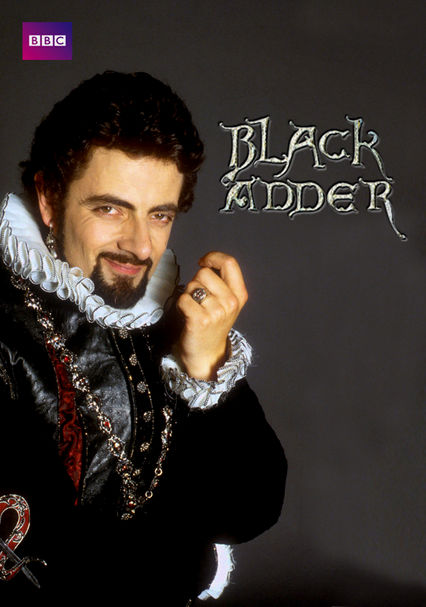 1983 TV-PG 4 seasons
Set in significant time periods from the Dark Ages through World War I, this hilarious comedy series recounts the adventures of Edmund Blackadder, the most despicable and brilliant rogue ever to pursue a coin or a pretty woman.

Set during the really dark part of the Dark Ages (England 1485), Series 1 chronicles the wickedly funny misadventures of the terminally treacherous Edmund, Duke of Edinburgh (alias: The Black Adder).

The sharp-witted Edmund, Lord Blackadder -- grandson of the original Black Adder -- worries about his attraction to a manservant, gets appointed executioner and drinks too much before an important visit from two relatives.

In Series 3, Despicable rogue Edmund Blackadder finds himself booted from upper-crust society and serving as butler to the incompetent Prince Regent in the late 18th and early 19th centuries.

The clever but arrogant Capt. Edmund Blackadder will do anything to avoid becoming a casualty of World War I, including staging hilarious escape antics. Helping (or perhaps hurting) his cause are nitwits Pvt. Baldrick and Lt. George.