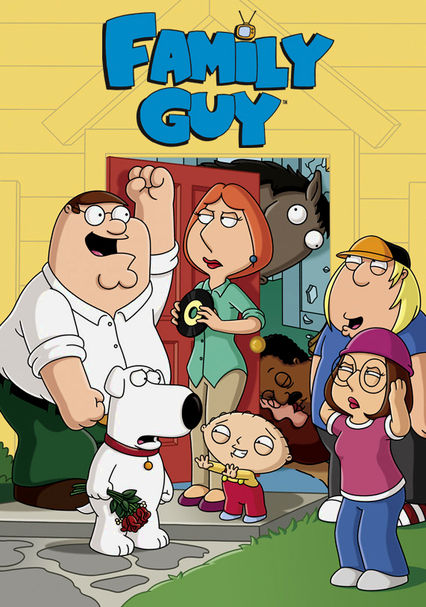 Witness the Griffin family in all their silliness with these episodes from the first two seasons of the parody-packed animated sitcom. As Stewie aims for world domination, Brian the dog downs martinis and the rest of the family share jabs and laughs.

Matricidal Stewie continues his quest for world domination in these sidesplitting episodes from Season 3 of the boundary-testing animated sitcom. In this volume, Brian becomes a drug-sniffing dog, and Peter learns Chris is more well endowed.

There's more cheeky humor in this collection of episodes from Season 4 as family man Peter Griffin gets chased by a gigantic chicken, goes head to head with Quagmire on the reality show "The Bachelorette" and kicks butt in Preschool Trivial Pursuit.

The deeply disturbed yet hilarious Griffin family continues its misadventures in this collection of more episodes from the fourth season. There's lots going on as Brian returns to college, baby Stewie goes through breast milk withdrawal, and more.

More sidesplitting hilarity with the Griffin family is collected here in episodes from Season 5 of the animated cult sitcom. As always, devoted bungler, father and husband Peter is the family's driving force of adventure -- and shame.

The wildly dysfunctional Griffin family is back in action with another season in which Chris and Meg get jobs at a convenience store, Peter's anti-immigration activities backfire, and Stewie tries to kill Lois while she and Peter are on a cruise.

Peter returns to third grade to pick up skills for a promotion at work, Brian confesses his love for Lois, Peter becomes part of a study on homosexuality, and Brian and Stewie travel in time to World War II in these episodes from Seasons 6 and 7.

Led by dim-witted Peter, Stewie the matricidal infant and Brian the acid-tongued dog, the Griffin family is back for another round of scathing satire, tasteless quips and politically incorrect adventures.

Continuing their animated adventures with a journey to an alternate universe where canines are in control, the Griffin family kicks off another round of dimwit humor, disastrous road trips and caustic commentary on American life. With martini-sipping family dog Brian and diabolical baby Stewie leading the way, the Quahog, R.I., clan deals with cancer scares, an escaped convict, spies, ESP, amnesia and the evil monkey hiding in Chris's closet.

Rounding out a decade's worth of animated domestic farce, the Griffins of Quahog, R.I., confront more of life's crazy circumstances -- like winning the lottery, witnessing Meg fall in love with an Amish guy and seeing little Stewie learn to drive.

The Griffith family shenanigans continue, with the family making an attempt on Mount Everest, Lois exasperated by a mid-life crisis, Meg mooning over the wrong boy, and Brian and Stewie attempting to snitch the cancer cure discovered by Lois's dad.