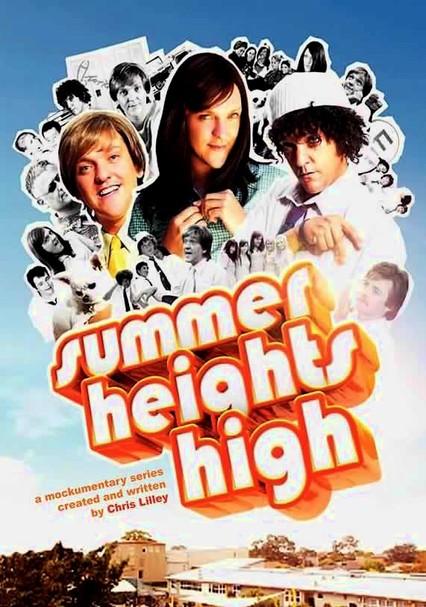 Writer Chris Lilley also stars in this Australian mockumentary series that pokes fun at high school life. In fact, Lilley stars three times -- as popular girl Ja'mie King, drama teacher Mr. G and ne'er-do-well Jonah Takalua. The first season kicks off with Ja'mie arriving at Summer Heights after transferring from a private school, Mr. G taking a bow as a supporting player in "Anything Goes" and Jonah getting in trouble for bullying.

Parents need to know that although this Australian mockumentary series focuses on school life, it's definitely intended for mature viewers. It offers strong commentary about prevalent social issues in Australia -- including private vs. public education, class, race, and juvenile delinquency. The students (and occasionally some teachers) use lots of curse words (including "f--k," "s--t," and "p---y"), utter racial slurs, and make frequent derogatory references to homosexuality. While a few of these comments are consistent with Australian social norms, they create some iffy content for young viewers here at home. Also expect some sexual imagery, drug references, physical confrontations, and heavy issues like rape, anorexia, molestation, and more.

One student's graffiti drawings contain images of penises and, on one occasion, disturbing sexual behavior. One girl is referred to as a "slut." Some of Mr. G's choreography can be a little provocative.

Some pushing, shoving, and arguing between students. Some teachers lose their temper and physically toss a student out of the classroom. There are references to girls cutting themselves, as well as references to rape, child molestation, and pedophilia.

Strong, uncensored language is constant; everything from "bitch" and "bastard" to "mother f---er," "s--t," and "p---y" are used endlessly.

Some strong social commentary about education, class, race, and other prevalent Australian social issues. Racial slurs and derogatory terms (like calling kids "retarded" and "homo") are often heard, but the behavior isn't viewed as acceptable. There's consistent tension between the Australian students and kids from the Pacific Islands; one teacher appears biased against Islanders. Special education students, including some with Down syndrome, are often featured. Includes references to anorexia and other disorders. There are some strong positive friendships between students and teachers. Students are primarily Caucasian, but Asians and Pacific Islanders are always visible. Consistent with Australian social norms, students of aboriginal descent are referred to as "black."

References to MTV and Punk'd, the Australian version of Big Brother, and brands like Clearasil. But all of these are discussed within the context of what's going on the kids' lives rather than for commercial reasons.

Includes conversations about drug use (marijuana and Ecstasy). One student's overdose becomes a major theme in the series.