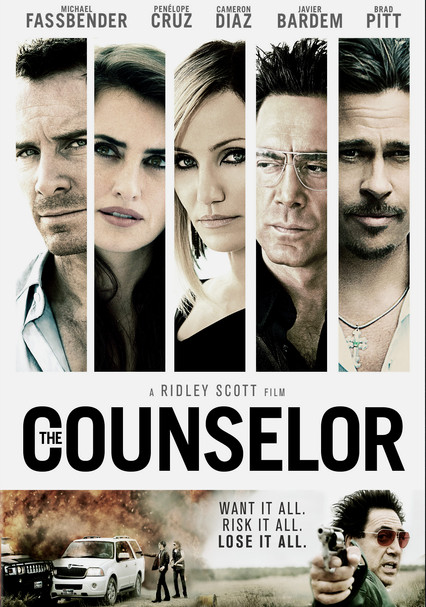 2013 R 1h 51m Blu-ray / DVD
Michael Fassbender stars in this thriller penned by iconic novelist Cormac McCarthy as an attorney who mistakenly believes he can dabble in the drug business without any consequences -- only to find himself drowning in a nightmarish downward spiral.

Parents need to know that this dark, fairly compelling drama featuring a star-studded cast -- Brad Pitt, Michael Fassbender, Penelope Cruz, Javier Bardem, Cameron Diaz -- is best for the oldest of teens and adults, who won't likely be overwhelmed by the bleakness and graphic violence in it. Some sex scenes, though not showing genitalia, are fairly graphic in setup, depicting couples having oral sex and, in one scene, a fetishistic act. Characters swear often ("bitch" and "f--k").

The movie starts with a scene depicting oral sex; there's no genitalia visible, but there's a man's head between a woman's legs and it's clear what's happening. In another scene, a woman is shown taking off her underwear and rubbing against a car, to climax.

An overwhelming sense of dread runs throughout the film. A few characters are beheaded in nasty ways, their headless bodies shown. A dead body is seen shoved in a oil drum. Gunfights, sometimes at close range, lead to many deaths and the bodies are shown bloody and mangled, up close. A woman is abducted and a man is shown hitting her. Characters discuss in detail how people are tortured and killed.

While there's some positive messages about love overcoming greed, the overall tone is dark and depressing.

Apple products are visible, as are Ferrari, Porsche, Yamaha, and Ford vehicles. Maalox is used.