71 Fragments of a Chronology of Chance 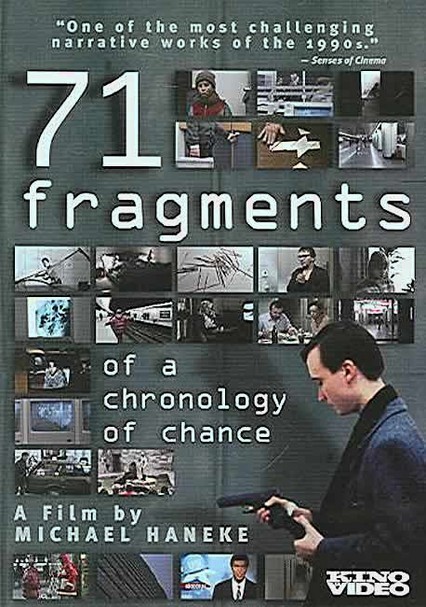 71 Fragments of a Chronology of Chance

1994 NR 1h 35m DVD
Austrian director Michael Haneke's experimental film features television clips of war and celebrity news interspersed with tales of disconnected city dwellers -- including a couple struggling to adjust to their newly adopted daughter and a runaway Romanian boy surviving in Vienna's subway system. Beginning with a 19-year-old's homicidal rampage and suicide, the story works backward and explores events leading up to the catastrophe.