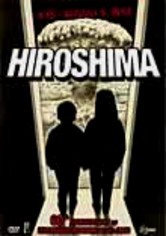 2005 NR 1h 40m DVD
It was a horrific event that changed the world in a millisecond. The dropping of the atomic bomb on Hiroshima ushered in a new age of imminent peril in which the civilized world stood (and continues to stand) on the brink of extinction. Director Martin Duckworth's powerful documentary chronicles some of the stories of survivors of the blast. Their touching narratives testify to the need for vigilance that such an abomination never happens again.