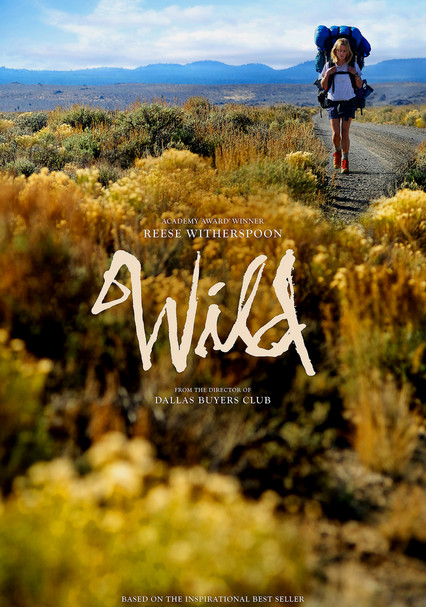 2014 R 1h 55m Blu-ray / DVD
Undone by a broken marriage and her mother's death, Cheryl Strayed has been on a years-long reckless tear, fueled by addiction and despair. In a bid to save her life, she decides to hike the entire Pacific Crest Trail -- alone and with no experience.

Parents need to know that Wild is based on Cheryl Strayed's best-selling memoir about the cathartic three and a half months she spent hiking the Pacific Crest Trail. Starring Reese Witherspoon as Strayed, the movie is part journey of self discovery and part flashback to the good, the bad, and the ugly in Strayed's past, particularly the self-destructive behavior that followed the death of her beloved mother. The mature content includes partial nudity (both sexual and matter-of-fact), several sex scenes (most of which are extramarital), explicit drug use (heroin), and strong language ("f--k," "s--t," and more). The heavy themes (domestic abuse, grief, addiction, abortion, etc.) might prove too much for many adolescents, but the movie does offer various subjects for parents to discuss with mature older teens: the importance of parent-child relationships, signs of unhealthy behavior, and the life-changing power of a monumental trip.

Cheryl's breasts are visible in sex scenes and right out of the shower as she examines her hiking injuries. She has casual sex with several men (both while married and during the hiking trip).

Domestic abuse, close-up of dead mother, two characters must shoot a sick horse, a hunter creepily comes on to Cheryl and makes inappropriate sexual comments, Cheryl injures herself during the hike. Cheryl hitchhikes a lot and is frightened of a man with a gun in his glove compartment (he's ultimately harmless).

Overarching messages are that people can get themselves out of spirals of self-destruction, that it's important to ask for and accept help when you need it, and that trips can be transformative catalysts for self discovery and change.

Adults smoke, snort, and inject heroin. Characters drink (once straight from the bottle) in several scenes.