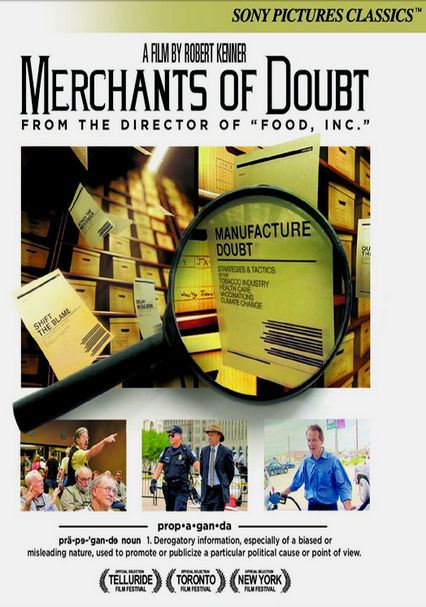 Parents need to know that Merchants of Doubt is a documentary about the use of deception and deflection to cast doubt on issues that are scientifically sound. It begins with the tobacco industry -- which long ago convinced people it was OK to smoke -- and moves up to the more current climate crisis. The main content issue is language; in one scene, scientists read some of the angry emails and death threats they've received, which include momentary uses of "f--k" and "s--t." The death threats are also alarming. Otherwise, this is a thought-provoking film for both teens and adults, addressing the idea that not everything presented in the media is entirely true; it's important to recognize that deception exists and that it's possible to see beyond it.

By pointing out the tricky ways in which media hides and deflects information, the movie educates viewers on how to be savvier with their media and how to potentially question the messages and information that come to them.