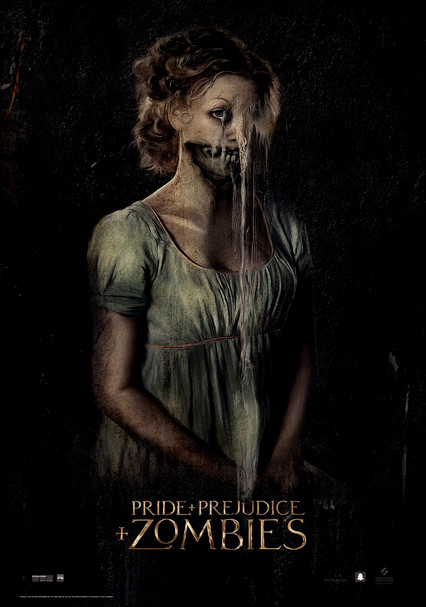 2016 PG-13 1h 47m Blu-ray / DVD
In this comic tale that brings a touch of horror to Jane Austen's literary masterpiece, zombies stalk the English countryside in bloody fashion while romance blooms between feisty Elizabeth Bennet and the dashing Mr. Darcy.

Parents need to know that Pride and Prejudice and Zombies is both a romantic drama and a horror-action movie, just like the 2009 mash-up book by Seth Grahame-Smith (which itself was inspired by Jane Austen's classic novel). There's a lot of zombie violence, though it's largely bloodless, with more suggested than actually shown. Still, zombies are killed, and there are some scary and/or gross images, as well as martial arts fighting, swords, blades, guns, battles, and explosions. Characters talk a great deal about marrying each other; there's one scene of passionate kissing and a flirty fight scene during which a male character pops the button off the top of a woman's dress, exposing a bit more of her cleavage. Language isn't an issue, and characters drink only in social settings.

Passionate kissing. During a fight scene, a man cuts the top button of a woman's dress off, revealing slightly more cleavage. Man's naked body is checked for bite marks (nothing graphic shown). Women getting dressed; stockings are shown, and they slide weapons into sheathes under their dresses. Many discussions of marriage.

One (obscured) use of "prick."

Women are encouraged to be strong and don't necessarily have to choose between marriage and personal (martial arts) training. They're allowed to choose both, to be themselves, and to show their strength and courage.