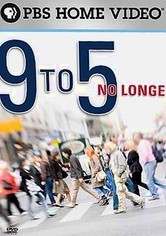 2008 NR 1h 0m DVD
Journalist Bonnie Erbe hosts this documentary, which focuses on changes in the American workplace that have led to the emergence of more flexible work hours, and how this trend is playing out for various businesses and individual Americans. Erbe also looks at some of the causes of this development, including the increase in two-income families, the need to be competitive with an increasingly global economy, older workers retiring later and more.