A Belle for Christmas 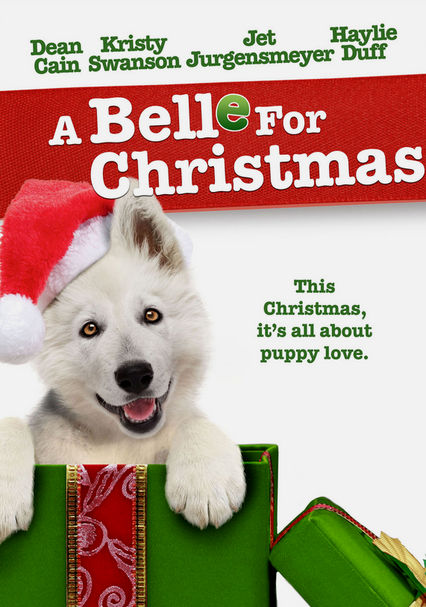 A Belle for Christmas

2014 PG 1h 31m DVD
When a recent widower with young kids adopts an adorable puppy named Belle during the holidays, it seems that their healing may have begun. Will his dog-hating, gold-digging new girlfriend spoil their new found happiness?

Parents need to know that A Belle for Christmas is a 2014 holiday movie in which a selfish and money-lusting woman goes after a kind widower even though she dislikes his two small children. When the family adopts a puppy, her dog allergies and territorial behavior kick in and she secretly takes the dog to the pound to be euthanized. The girlfriend also steals the dead mother's jewelry. A boy claims a neighbor threatened to take his ".22 rifle and open fire on our front lawn." Kids steal a truck and lock a mean babysitter in a closet. Although religion isn't specifically mentioned, there are frequent oblique references to heaven, from where the deceased mother is said to be looking down.

A 10-year-old sets off noisy cap explosions to scare the babysitter; she thinks shots are being fired and abandons the kids in her charge to save herself. The girlfriend, who has severe dog allergies, secretly drops the puppy at the pound to have it euthanized. The girlfriend also steals the dead mother's jewelry. A boy claims a neighbor threatened to take his ".22 rifle and open fire on our front lawn." The kids steal their dad's car keys, then drive and crash the dog pound's van.

A newly widowed dad does his best to care for his bereft young son and daughter. The children express their continuing love for their deceased mother and choose to live by her example of never giving up.

Adults drink eggnog, but there's no indication it contains alcohol.