A Big Hand for the Little Lady 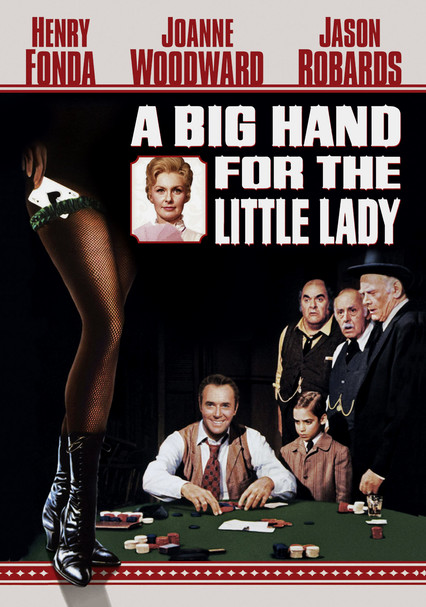 A Big Hand for the Little Lady

1966 NR 1h 35m DVD
Academy Award winners Henry Fonda and Joanne Woodward star in this Western comedy about a couple in danger of losing their farm in a high-stakes poker game. Compulsive gambler Meredith lays down his last dollars despite the protests of his wife, Mary. But when Meredith suffers a heart attack during the game, it's up to Mary to try her hand to save the homestead. Jason Robards and Kevin McCarthy play two of the big-time gamblers at the table.