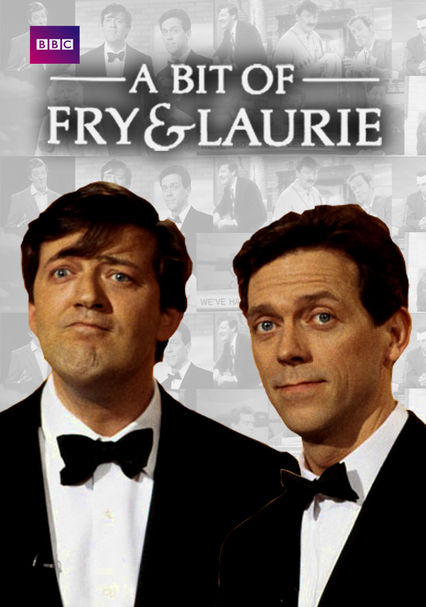 1989 NR 4 seasons
This sketch-comedy series from Stephen Fry and Hugh Laurie finds the multitalented British humorists pushing the envelope of funny in episodes brimming with inspired sketches, outlandish characters and other mayhem. Especially acclaimed for their style of humor based on intricate and highly suggestive wordplay, Fry and Laurie also bring to life memorable characters, including ultra-polite secret agents Control and Tony.

Stephen Fry and Hugh Laurie serve up a tangy blend of eccentric characters, witty wordplay and spontaneous shenanigans in this clever sketch comedy series. The funnymen refuse to play by the rules, crossing conventional lines with madcap abandon.

Stephen Fry and Hugh Laurie write and star in their third series of comedy sketches. At times eccentric, frantic and always unpredictable, Fry and Laurie are a comedic tour-de-force who push the envelope with their brand of smart, irrelevant humor.

Stephen Fry and Hugh Laurie return with the fourth and final series of their comedy sketch show, where absurdity and odd hi-jinks are all on the menu. Fry and Laurie never cease to push the envelope with their unique brand of clever irrelevance.