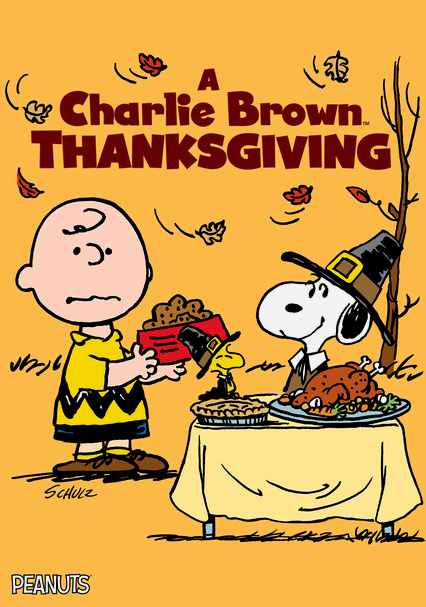 1973 NR 0h 25m DVD
Join Charlie Brown and the Peanuts gang for this Thanksgiving double feature. In A Charlie Brown Thanksgiving, Chuck tries to host a traditional holiday feast. In the Mayflower Voyagers, the Peanuts reenact the first Thanksgiving. In the Emmy-winning first feature, dinner turns into a disaster when clueless Snoopy and Woodstock serve toast and popcorn as the main dish, but Marcie steps in and saves the holiday.

Parents need to know that this DVD pairs 1973's A Charlie Brown Thanksgiving with The Mayflower Voyagers, a 1988 animated feature about the Pilgrims and the first Thanksgiving feast. In A Charlie Brown Thanksgiving, the words "stupid" and "blockhead" are used by characters, which could be problematic for parents trying to keep younger kids from using those words to describe other people or situations. Also starring the Peanuts gang, The Mayflower Voyagers doesn't quite capture the whimsy of earlier Charlie Brown specials, but its historical tale should interest older kids: It's a more-or-less factual account of the Mayflower voyage that does not sugarcoat the death and sickness many of the Pilgrims faced when on the ship and when they landed in the "New World." Pilgrims are shown with muskets, and Native Americans are shown with spears.

Words and name-calling that could be problematic for parents trying to keep young children from using words such as "stupid" or "blockhead" to describe others or situations. When Lucy asks him to kick the football, Charlie Brown says he will "fall flat on my back and kill myself."

Positive themes about friends, togetherness, and the true message of Thanksgiving. The second feature provides a factual account of what happened during and after the Mayflower voyage and shows Pilgrims and Native Americans working together in peace.

In addition to the comic strip and television specials, Peanuts characters continue to be marketed to sell everything from toys to clothing to school supplies.