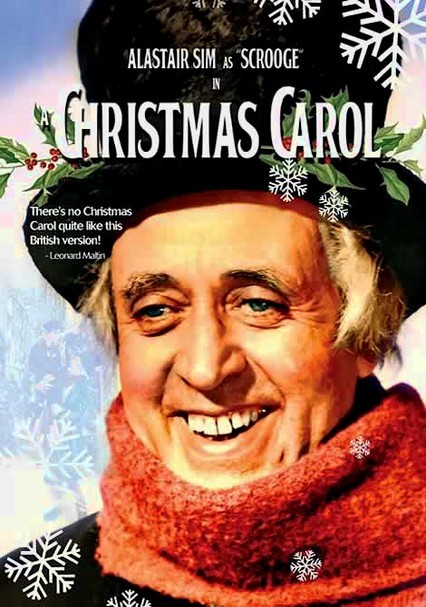 1951 NR 1h 26m DVD
Considered by many to be the classic adaptation of Charles Dickens' novel, this 1951 version stars Alastair Sim as Ebenezer Scrooge, the callous miser visited by three ghosts on Christmas Eve. Michael Hordern plays the spirit who successfully haunts the old man. Co-starring in this seamless sketch of Dickens' England are Hermione Baddeley, Jack Warner, Kathleen Harrison and a young Patrick Macnee.

Parents need to know this adaptation of Charles Dickens' classic may be too frightening and dramatic for younger viewers. Serious themes are the center of this film: A man is forced to relive his greatest agonies; and there are two heart-wrenching deathbed scenes. And a cycle of guilt and anger is passed from an embittered father to his emotionally-wounded son.

Everything the word "Scrooge" has come to stand for is questionable behavior, but in the end he mends his ways.