A Cottage on Dartmoor / Silent Britain 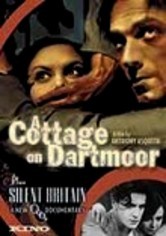 A Cottage on Dartmoor / Silent Britain

1929 NR 2h 55m DVD
Filmed in 1929, this British silent thriller directed by Anthony Asquith tells the story of Joe (Uno Henning), a man whose unrequited love for a beautiful woman leads him down a tragic path. Even landing in prison after accidentally injuring her boyfriend doesn't dampen Joe's passion for the lady. Matthew Sweet hosts the included feature-length documentary, Silent Britain, which traces the rich history of British silent cinema.