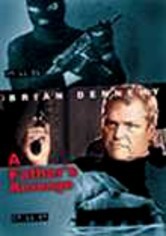 1988 R 1h 33m DVD
Brian Dennehy stars as Paul Hobart, a basketball coach who's forced to step up to the line when a band of terrorists kidnaps his daughter (Joanna Cassidy) and the rest of her flight crew at an airport and holds them hostage in exchange for the release of two German prisoners. Concerned with the lack of progress in freeing the hostages, Hobart heads to Germany himself, determined to bring his daughter back home safe and sound.