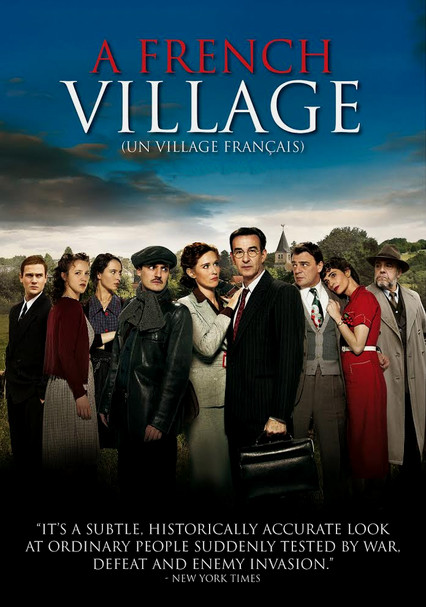 2015 NR 1 season
A French village and its inhabitants go through the ups and (mainly) downs of the occupation by the German army from 1940 to 1945. The village doctor is assigned as mayor, and confronted with the challenges, dilemmas, and contradictory demands and situations.

The blockbuster French drama, A French Village, starring Audrey Fleurot (Spiral) chronicles the impact of World War II on a small village in central France. The German occupation changes the life of the village of Villeneuve forever, and as its residents come under the pressures of war, they make choices that are inspiring and heartbreaking. In this gripping drama, ordinary citizens become patriots, traitors, Nazi employees or activists.