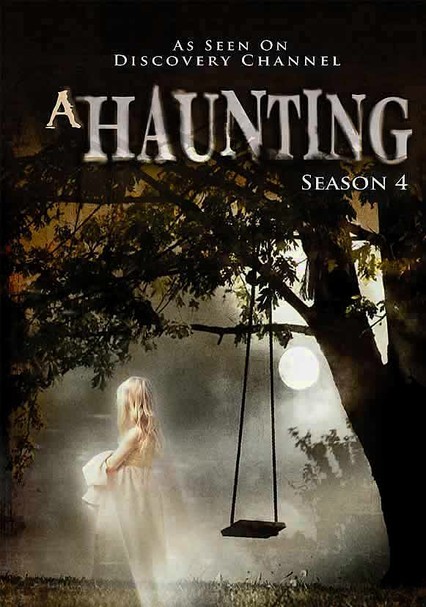 2005 TV-14 1 season
Skeptics and true believers alike will find a bounty of compelling evidence for the existence of spirits in this Discovery Channel series. Real people relate their encounters with the beyond, which in many instances left witnesses shaken to the core. Each episode focuses on an individual case, and features interviews with the family members involved in addition to well-crafted re-enactments to depict the supernatural events.

The spirits are restless once again in the fourth season of the show that dramatizes real-life stories of ghosts, hauntings and other paranormal activity. This collection includes the tale of Cindy, who is attacked by a malevolent spirit; the story of Libby and Sean, whose daughter sees fairies in her bedroom; the struggle of Rebecca, who must tell her new husband that she can communicate with spirits; and more.

Parents need to know that this sometimes-scary docudrama series tells real people's stories about experiences with the paranormal. Episodes include dramatic re-enactments of ghostly appearances, children being frightened in bed, angry arguments between parents, and occasional injuries as a result of contact with spirits. Stories also sometimes include potentially upsetting family details -- like a father becoming a heavy drinker or a mother becoming seriously ill. Some episodes contain religious elements, such as a priest performing an exorcism and asking Jesus Christ to cleanse a house.

The type of violence depends on the episode, but one included a ghost strangling a woman, glass shooting out of a cabinet and injuring a woman's face (with blood), and household objects flying around a room breaking on walls and people.

Depends on the episode, but one featured an alcoholic father who drank from a bottle of hard liquor and, in one scene, appeared drunk.