A Hole in a Fence 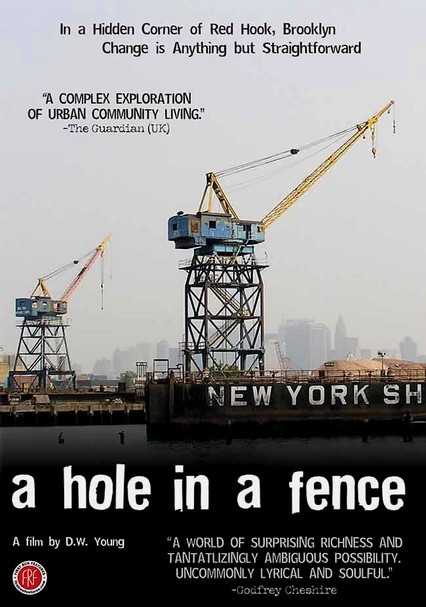 A Hole in a Fence

2008 NR 0h 46m DVD
The changing face of Red Hook -- a one-of-a-kind neighborhood in Brooklyn, N.Y. -- is the subject of this rich examination of city living by filmmaker D.W. Young. The documentary peeks in on an urban farm run by local kids; an uphill struggle to save a portion of the waterfront; the infamous arrival of an IKEA store; and more. The film was an official selection at the 2008 San Francisco International Documentary Film Festival.