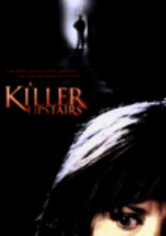 2005 NR 1h 35m DVD
When the thirty-something wife of a wealthy businessman turns up dead, the authorities suspect her teenage lover (Christopher Jacot), the son of overprotective mother Sandra Nowlin (Tracy Nelson). But despite Sandra's attempts to convince the detective on the case (Bruce Boxleitner) of her son's innocence, she can't argue with the evidence that links him to the murder. Working against the odds, will she be able to clear his name?